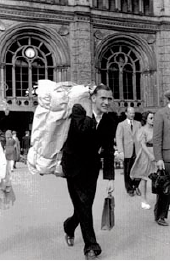 History shapes our actions
We have always been close to our clients since 1950
As “one-man business enterprise” Kurt Franz Theodor Migge founded what is known today as the neoLab company at the old freight depot in Heidelberg on January 11th, 1950. At the time the company carried the name ‘Migge laboratory supplies’. Acquisition and sale of laboratory and medical devices of all kinds, especially glass devices, was the aim of the company. Those times were marked by reconstruction. Taking action was the maxim. Kurt Migge built his competent laboratory equipment business, which supplied mainly the Rhein-Neckar-region, piece by piece. His pragmatism and active customer proximity were already a source of today’s success back then and shape the spirit of the company until today. 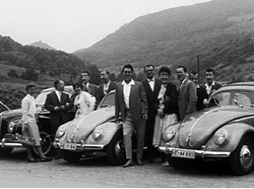 1960: The business is booming and changing
From glass blowing to laboratory wholesaler
In 1960 the core business of laboratory supply companies was glasswares. Next to the pure trading with laboratory devices and consumables Kurt Migge ran a small retail shop in the chemical institute of the University of Heidelberg.
The own glass blowing workshop supplied customers with manufacture and repair. Demand increased rapidly as professors and students stocked up at ‘Migge laboratory supplies’. The product range grew and various relocations were necessary to accommodate the increasing space requirements.
The conversion from sellers’ to buyers’ market shaped the industry and good ideas such as differentiation from competition were in demand. In 1968 the company founder’s son, the graduate of business administrations Michael Peter Migge, entered the company. 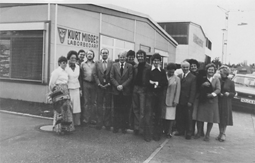 1970: The world is digitized, the laboratory sector as well
Process optimization begins
Staff members and the owner family were proud of their new, own company building. In 1976 Michael Migge was appointed as CEO and thereby took over management of the company. He conducted the further expansion with innovative ideas and creativity and thus factored significantly into the success of the company.
Electronic data processing (EDP) made accessible acquisition and sales of all laboratory products. Cost pressures increased and required optimization of all business procedures. 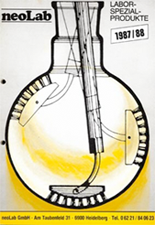 1980: The catalog as point of sale with customers
The path to success with specialty products
Traditional regional laboratory trade was expanded through nationwide distribution by catalog. In early 1980 Michael Migge opted for mail order procedure, which was novel at the time, and introduced mail order business. In 1986 a subsidiary, neoLab GmbH, was founded specifically for this purpose.
The idea was to sell a range of specialized laboratory products nationwide through the distribution channel by catalog. With his 92-page catalog, still in black and white, new target groups were conquered nationwide. The idea developed into a business model and the success paved the way. 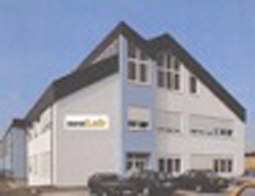 1990: Increased customer proximity through field sales representatives
neoLab opens new locations
The initially small product catalog grew in size every year. By the end of the 90’s it had grown to a page count of 700 pages with more than 7,000 laboratory products. Subsidiaries were opened in Berlin, Munich, and Stuttgart in order to provide guidance to the customers with field sales representatives alongside the mail order distribution.
In 1996 the two companies were merged into the neoLab Migge Laborbedarf-Vertriebs GmbH. The former subsidiary became the dominant namesake.
From the beginning neoLab has also produced its own products. As such, the round flask brush and the gas cylinder cart were developed. neoLab quality management systems are certified according to the norm DIN EN ISO 9001:2008 for the manufacturing and the distribution of laboratory supplies. 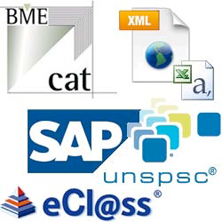 2000: Strategic distribution
Own brands and e-commerce
neoLab combined their own brands under the brand umbrella “neoLabLine”. Specialized laboratory products were developed by the industry for the industry, in order to make work in the laboratories both easier and safer.
neoLab promotes electronic commerce with the own neoLab webshop and the individual e-procurement solution “myneolab”. The tailor-made procurement solutions reduce i.a. processing costs for our customers.
With over 50 employees, field sales representatives operating nationwide, print and online distribution channels, an on-hand total product range of over 100,000 products, and accessibility through various commercial platforms, the medium-sized company prepared for international competition.
In 2008 long-time staff member Günter Wissing became general manager of neoLab.

2010:Competence with experience
Knowledge pays off
neoLab’s international orientation is being further advanced in acquisition as well as distribution. The first English product catalog was released in 2011.
Whether scientist or laboratory staff, neoLab counts on qualified personnel with practical experience to strengthen their team. The number of employees increased to more than 70 and field sales representatives are active nearly everywhere in Germany.
neoLab e-commerce and e-procurement solutions grow together and combine their advantages in customer-specific e-business solutions. 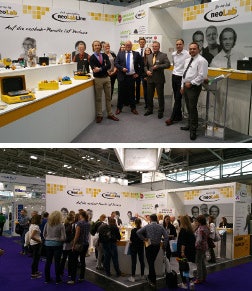 2014: New splendor
The neoLab brand is evolving
Everything evolves! Throughout the years the product range has grown steadily, as have employee numbers. Our staff is constantly trained and new paths are explored; expansion of our own brands, new product classes, new distribution partners and channels are created. However, the appearance of neoLab remained the same.
In 2014 neoLab’s corporate design was renewed as well.
New trade fair appearance
The new trade fair appearance for example looks modern, open and competent, and was pleased to attract many visitors.
Thorsten Migge is named additional CEO
In 2014 Thorsten Migge, son of Michael Migge, enterd the company as second managing director after being active for neoLab in the procurement department for several years. 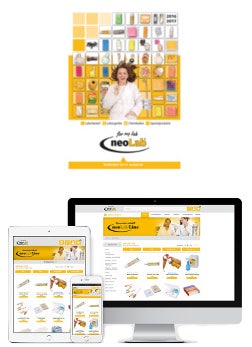 2016: Expansion of multi-channel distribution
In addition to the new appearance at trade fairs and in the general business operation, the catalog and website were adapted to the new design in 2016. Alongside the fresh appearance of the neoLab catalog, that can also be found on the website, the website presents itself with great revisions and extended functions. neoLab’s presence in social media platforms was actively shaped as well. Thereby the distribution channel e-commerce was strongly expanded.
Change of name
Likewise, the renaming of neoLab Migge Labor- und Vertriebs GmbH to neoLab Migge GmbH took place in 2016.